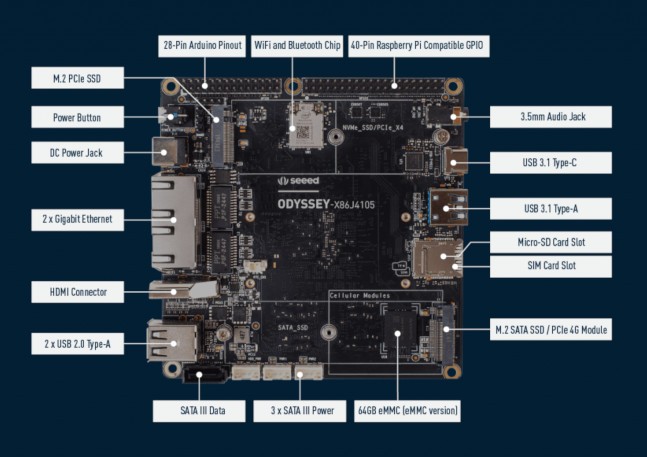 While there are many Single Board Computers (SBC) based on ARM — Raspberry Pi 4, BeagleBone Black, and Odroid HC4 — the choice is limited for X86-based devices. One option is the Odyssey Blue J4105 Mini PC from Seeed Studio, a solid choice for building IoT, Edge, and AI projects. Slightly larger than the Raspberry Pi, it’s a powerhouse packed with a lot of features.

Based on the Intel Celeron J4105, the device boasts of a Quad-Core 1.5GHz CPU that can burst up to 2.5GHz. The CPU has four cores and 4MB of cache which delivers adequate power for applications deployed at the edge. In terms of memory and storage, the Odyssey Blue J4105 comes with 8GB LPDDR4 RAM, an optional 64GB eMMC storage, and 128GB of SSD storage. If you want to attach additional storage devices, the in-built SATA connectors come in handy.